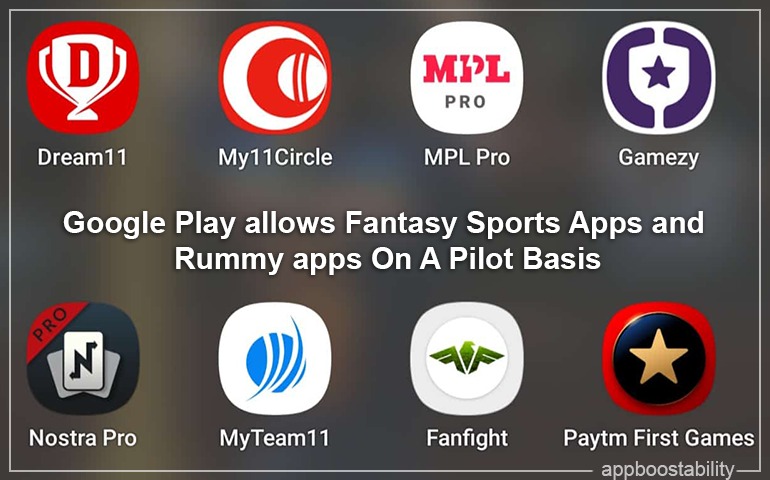 Have you heard the new announcement regarding Google Play? Here we are with the update, google announced on 8th September that there are conducting a limited-period pilot program that enables the distribution of rummy and daily fantasy sports apps to their users. Would you like to know about the period for this pilot program? Google has confirmed that this plan will be for a year starting from 28th September 2022 in India. Great news for the developers as the interested developers need to apply to request participation.

Let’s have a look at the basic concept of DFS and rummy apps. Daily Fantasy sports (DFS) are games where contestants make use of information about athletic events and athletes to manage a roster of simulated athletes. The performance of these athletes directly corresponds with the real performance of the human athletes available in the sports team. The outcome of the game varies on the performance of the fantasy candidates. On the other hand, the Rummy game is a set of care games that allows the player to make the strategy, remember the cards, and arrange in the sequence by picking and discarding different cards.

What are the effects of this news?

This news brings a big opportunity to the Indian market as it brings the majority of the industry’s revenue to the country. Real money games accounted for 51% of the total gaming industry revenue approximately $1.8 billion in the year 2020. There are leading companies such as Dream 11, Mobile Premier League, and Games 24 x7. Earlier these, companies were side loaded as they were not allowed to be on the Play store. However, now they have the opportunity to be on the play store.

Do you know how users used to download apps earlier? Real money gaming apps were present on side loading which means users or customers used to install the app with the support of the APK file rather than visiting on Play store. This was one of the major disadvantages because today everyone searches for the apps on Play Store. The major effect was the restriction of the reach of real money gaming apps and developers of these apps raised requests to Google for bringing change in the policies. This is a green flag for all the gaming companies and developers of these apps in India.

News has gained the attention of the gaming industry and their developer as they are happy with the news. Along with this, this news of google play has also grabbed the attention of the different state governments as there is law enforcement against it. Many law enforcement agencies might be against the decision that has been taken by Google. Considering the tough scenarios in the market, it is essential to wait and look at the changes and how they work.

How do these changes work?

Decisions have been made and now it is essential to make this change work. Google has decided to work through this pilot program by taking a measured approach to collate learning and retain an enjoyable as well as safe experience for users. The changes of google will work as they have certain terms and conditions such as developers of the game needing to comply with local regulations. These regulations include that age of the person needs to be 18 years or above otherwise, they will not be able to use the rummy and fantasy game apps.

Do you know about the promotion of rummy and fantasy sports apps? Google’s new policy changes will allow the rummy and fantasy sports app to get a better reach than before. The changes will help the companies to use their app for which they will get contact app developers for effective fantasy app promotion and rummy apps promotion. Promotion of the app is essential as this is the only through which they can get promoted on the google play store. Effective use and downloads of these apps are only possible because of their high visibility and ranking.

Google decided that the pilot program includes certain steps for the developers through which they can take participation. Some of the steps are: –

Applicants who complete the entire process of the application need to accept that they will be participating in the pilot program. Once they do the same, they will get eligible to distribute their apps on Google play till the time this program is available in India. Google expects that all the applicants will follow

Google’s announcement was good news for many developers but it is again a matter of risk for some due to the long list of terms and conditions introduced by google. Thus, many members want to participate but there are some who want to be on side-loading. Let’s have a look at the terms and conditions: –

Till now, we have talked about Google policies for gaming apps in India. It’s time to have a look at Google policies in other countries. Google permits selective types of real money gaming in countries like Belgium, Australia, Canada, Denmark, France, Germany, Finland, Japan, New Zealand, and many others. The categories of the games that are allowed in these countries are much wider than in India. These games consist of: –

All these gaming apps are not allowed due to strict requirements that include licenses for gambling, age-gating, and geo-gating mechanism.

How Appboastability promotes DFS and Rummy Applications on the Google Play store?

DFS and Rummy apps also require paid marketing after the announcement of Google regarding the new pilot program. The major reason is to get a good ranking play store for their users. Appboastability supports Fantasy app marketing and you can contact to keep your app on the top of keywords.

Best rummy apps that are available on the play store include Indian Rummy, A23 Games Rummy Fantasy, Gin Rummy Plus, and many others. All these apps are leading because of the effective Rummy apps promotion. The promotion of these apps is the only way through which you can get a higher number of traffic and genuine users.

Similar to Rummy, Fantasy app also has some of the apps that are leading in the market. These apps include the iGamio App, My11Circle App, and others. Fantasy app marketing is the reason behind the improvement of traffic and download of such apps. People believe in India that if they can get the chance to win, they will win money from such apps. Thus, the demand for apps is increasing in the market.

We all wonder about how reputation management can contribute to fantasy or rummy apps. Then, we should tell you that reputation provides an idea related to the truthful track record of the app. This is the reason why the reputation of the apps is required to be managed and some of the strategies for the management include a Feedback rating system, reviews, and ratings of the fantasy app. Currently, fantasy apps and rummy apps require attention for which they can use some promotional or marketing strategy. These promotion and marketing strategies are the use of word of mouth, social media awareness, proper reviews, and ratings.

Are you aware of the improvement in reputation through word of mouth? Fantasy app marketing requires word of mouth, which means people who like the services will tell their family, friends, and others to believe in the app and download it. They will further discuss some of the benefits of the app which make other users download this app. Now, the app has a reputation in the market because in the Indian market many people don’t believe in DFS and rummy apps.

We also found that reviews also work effectively for the fantasy and rummy apps. Every user checks the reviews and feedback of the apps before downloading them. Positive and good reviews lead to an improvement in the number of users as a maximum number of people will download the app. If you are interested in getting a promotion of the apps then we at Appboastability are here to help you out with positive promotion and management of the reputation of the app.

Considering the boom of social media, one of the ways through which proper management of promotional activities can be done is through social media platforms. Today, social media platforms such as Google+, LinkedIn, Facebook, Twitter, YouTube, and others are ways through which reputation management can be done. Fantasy app promotion and rummy app promotion can be effectively done through these platforms. This is the way out through which apps can get connect with users, clients, customers, and other members. Maximum awareness among the people leads to the maximum number of organic downloads of the app.

In the end, this can be stated that Google play has introduced a pilot program for the DFS and rummy apps. This announcement allows the users to download the app directly through the play store which is one of the major benefits for the users.

This news is effective for the app developers and also for the ASO service provided as they will get the chance to do fantasy app promotion and Rummy apps promotion. Please contact us on our website if you are looking for any such services. 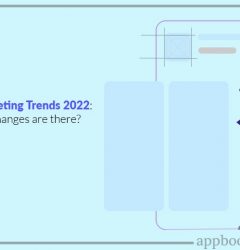 Mobile marketing trends 2022: What all changes are 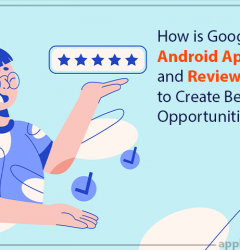 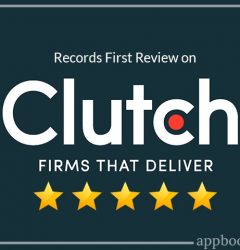